This is the time to go the extra mile

Horizon scanning is a technique used to gather intelligence on the threats that might land on your door in the medium to long term. This is a routine action that should be part of any good business continuity management programme and it entails retrieving information through a variety of sources, such as industry events, contacts and reports.

In the last two decades only, the world has experienced tens of epidemics, affecting every continent. Some of the most resounding names include Ebola, SARS, the Swine Flu and the Zika Virus but there have also been diseases such as cholera, measles or the yellow fever. Reports on all these outbreaks are available through a variety of sources, such as the World Health Organization’s website. In addition, the danger of an epidemic was highlighted in specific industry reports, such as the BCI Horizon Scan Report [1], the WEF Global Risk Report [2], the UK National Risk Register [3] and even a Ted Talk [4] on the subject by Bill Gates. All this literature offered a chance to see the Covid19 emergency (or a similar disease outbreak) coming, but unfortunately most missed it, lagging behind in preparedness. There will be time, once all of this is over, to reflect upon the reasons why, for instance, flexible working arrangements were not tested beforehand or business continuity management systems were not built more decisively; however, now there is a chance to learn from this and take action. Organizations now have a small window of time to look at what is happening in those countries with a high contagion rate and understand what is working and what is not.

Comparing the current fatality rate in different European countries, it is possible to observe that in countries such as Spain and France the increase is sharper than that in Italy two weeks ago[5]. However, it should also be noted that the UK, which has less cases than most of the countries represented here, also has half the number of intensive care unit (ICU) beds per capita (6.6) compared to Italy (12.5). Furthermore, France (11.6) and Spain (9.7) should also be concerned with their ICU capacity, given the fast contagion rates they are experiencing.

Thus, to delay the peak of cases and avoid the overcrowding of ICUs, lock-down measures are the only ones that seem to be working. Looking at the Chinese, South Korean and Italian cases, it is clear that half-measures are not effective enough. China and South Korea seem to have got past the outbreak’s peak by adopting strict lock-down procedures, whilst the initial gradual approach adopted in Italy was less effective than hoped, leading the country to a full quarantine. It is significant that those Italian towns in Lombardy that were put under a strict quarantine right from the start are now showing sharp decreases in daily infections.

At the moment, only France and Spain have adopted measures that resemble the Italian model, whilst Germany and the UK have imposed some limitations but without going all the way. The impression is that many governments are gradually implementing stricter measures; still, time is of the essence and baby-step approaches have not paid off in other cases.

Hence, performing a simple horizon scanning exercise, we can observe the following:

Hence, it is plausible to believe that there are countries on the verge of a large-scale epidemic that are not implementing the best possible mitigation measures. Thus, it would be wise for organizations to step up and go the extra mile, doing what is sensible, even though it is not formally requested of them. In this respect, the following could help contain or at least slow down the spread of the disease:

Organizations should be reminded of the fact that horizon scanning exercises do not apply only in exceptional times such as this one; on the contrary, they are most important during “peace” times. Currently, there is still a chance to use this basic yet very helpful tool, provided that businesses act quickly and do not just follow legal obligations, but also moral ones.

[5] Experts believe other European countries are 2-3 weeks behind Italy in the outbreak, so Italy’s data was taken from February 29th to March 5th. 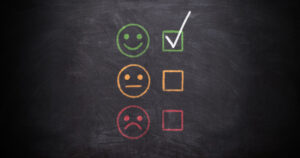